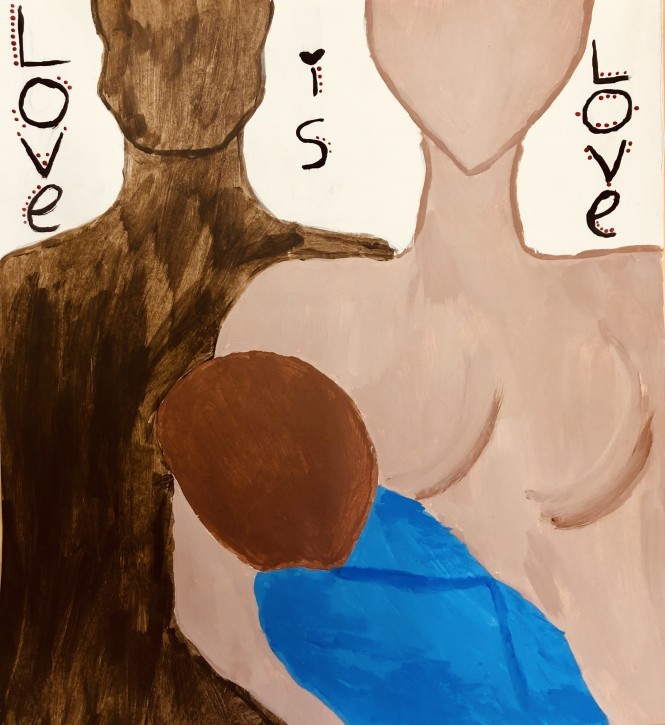 Your #Panel61 by Daelyn Lynn

My poster depicts a more positive aspect of the Migration. The Migration obviously wasn’t the beginning of mixed children, but it became a time when it was less opposed. In addition to being less opposed, it was less dangerous. There was less of a fear in the North of lynching if a child’s complexion wasn’t ‘light enough’. In my poster, you see a darker man standing behind a lighter woman. This is to give the visual of the mixed skin tones, which can be seen in the baby. The Migration allowed standards to change. It allowed minds to open up. People were able to start families based on who had their heart, not the same skin color as them. The Migration ultimately created diversity. It allowed society to begin to look below the surface, worrying about internal assets instead of how much melanin is in someone’s skin. To simplify it, the Migration helped people realize that there is more to finding a partner than meets the eye; that love is love.