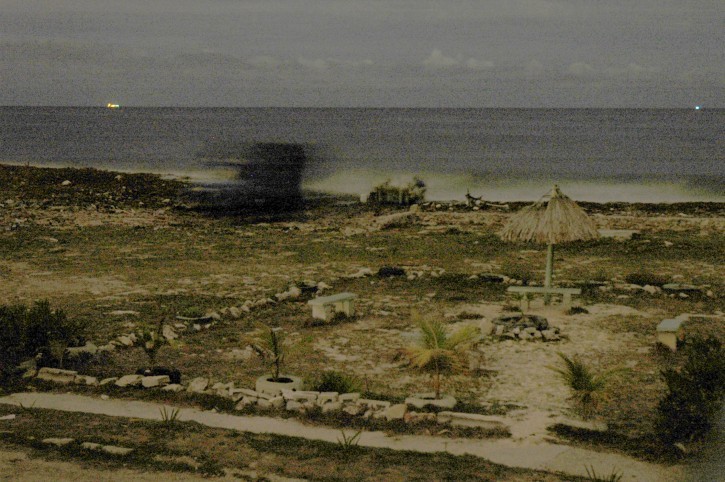 Your #Panel61 by Matthew Malone

This photograph was captured in from a rooftop in Cojimar, Cuba depicting a migration in progress. Using a slow shutter speed, it reveals a group of Cuban men after unloading a boat from the back a truck in the middle of the night. The truck is nothing more than a blur as it pulls away to prevent drawing attention from the authorities. The men can faintly be seen launching a small boat into the sea as the waves crash upon the shore. Once in the water they paddled beyond the reef by hand, fired up the engine, and set off to the United States.