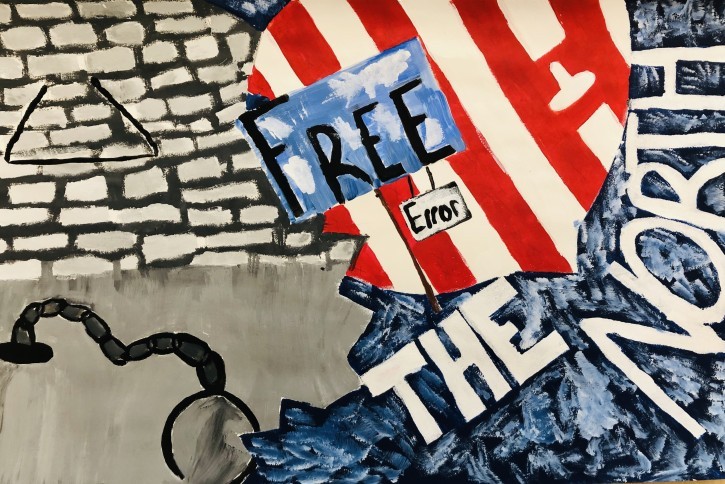 Your #Panel61 by Quanaya Page

This painting shows how African Americans became freed from being enslaved - so they thought. To get a better life for themselves or their families, many moved to the North not knowing what was to come. On the outside, blacks were more free than they had been in the South. As more blacks moved to the North, life improved for many blacks. However, as time went on a new form of slavery was made in the form of prison. Whites still did not like the fact that blacks were becoming equal and to make sure they were seen as “less than”, many blacks were and continue to be targeted as prisoners. Why? Because when a person is a prisoner then have no rights. Therefore they can be under the control of whites like they were as slaves.