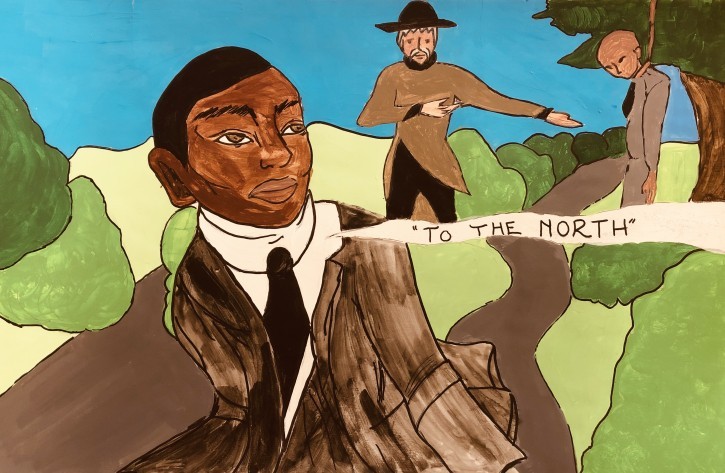 Your #Panel61 by Tearra Gunner

My #Panel61 depicts a story that was true in the past and is still very much true for the present. In this scene, you will see a man who has been lynched by a white man. You will also see a black man fleeing the scene on what could be a road or sidewalk. This being said, the same reasons that this man is fleeing the South during the Migration are the reasons black people are fighting today. It may be under different circumstances - lynching or shooting - but the man or person being killed still has no other mark against them other than being black. But being black is not a crime and until this world understands that the unlawful killings of minorities will continue.