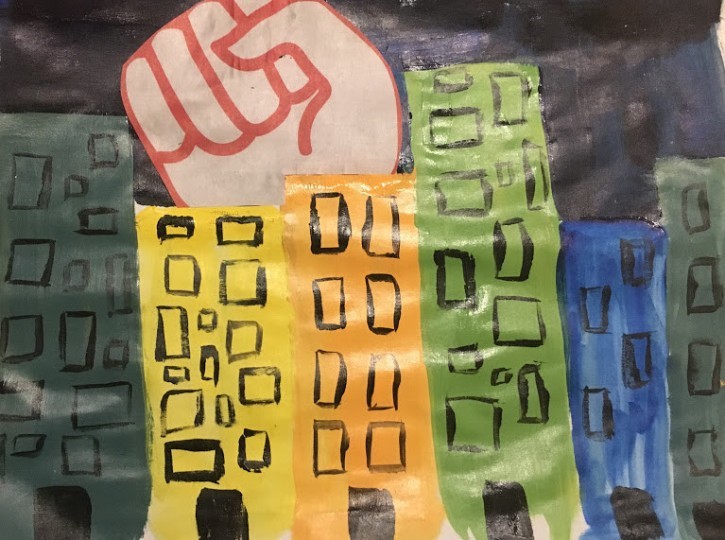 Your #Panel61 by Tessa Moore

This Panel #61 is representative of the after of the Great Migration Series, and what is happening today in those northern cities African Americans all seeked better lives in. The buildings depicted in the painting resemble those in a previous painting in the series, but in this one they are not uniform even in the slightest. This change represents the progress that African Americans have experienced in culture, and their increasing prevalence in society. The similarity of these building to those others in the previous painting shows that African Americans are still in the same situation that they were in when they first started migrating. The fist in the sky, which is a cut out from a newspaper, represents how there is a movement to change that status, and it is picking up speed. There has always been a push for equality for African Americans, however, recently, especially with the rise of media, as demonstrated by the newspaper cutout, it is on the rise. The fist is also taking the place of the moon in the image to show that this movement is a light amongst all the darkness. The painting and colors are very simple to keep the message clear, that the fight for African American rights is more important now more than ever.