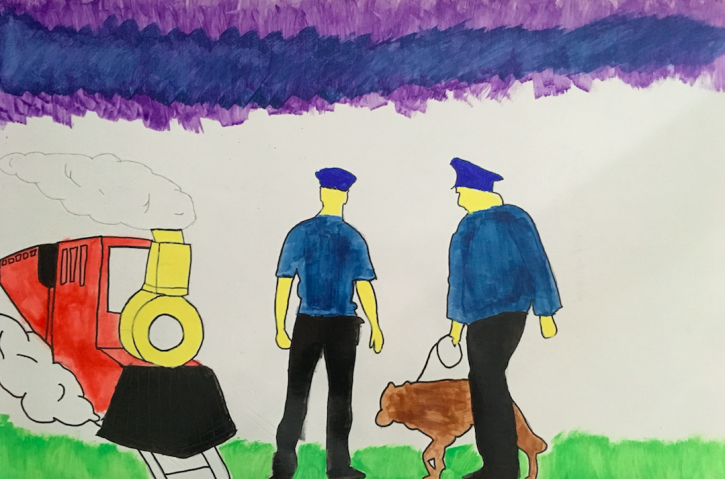 Your #Panel61 by Joseph Pontano

The Great Migration had a lasting effect on Americans today because not only did it bring many African Americans and their culture to the North but it also eventually fostered the movement toward unity between whites and blacks. Also, with this movement came the opportunity for others to migrate whether it is from another country or just across the United States. My painting portrays when the police would try stop blacks from coming to the North; they would stop the trains from moving and people from boarding. This also can portray concepts into today because many in the African American community see law enforcement as a source of confrontation rather than protection as they seek to move forward.