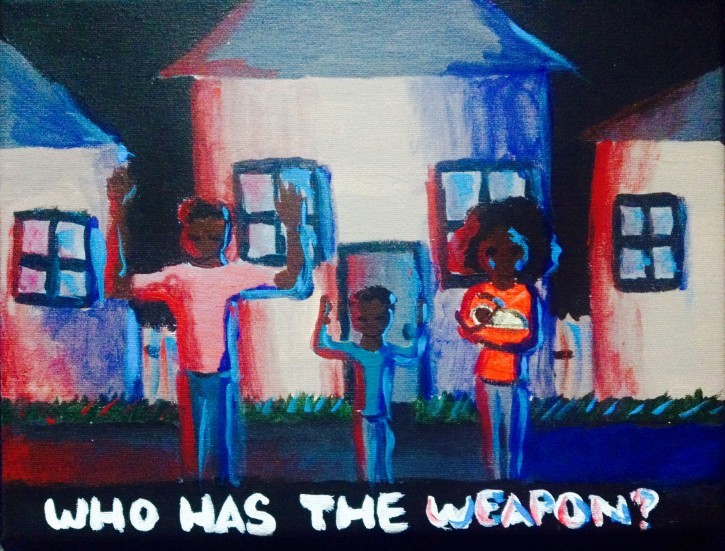 Your #Panel61 by Killian Peterson

In my Panel 61, I expressed a theme of struggle through depicting the prevalent issue of police brutality against black people. The scene is of a black family being confronted by the police, hence the red and blue lights flashing on them. The father and son in the family are surrendering, indicating that they do not have weapons, and the mother is holding her baby, who is also surrendering. This shows how no matter what age, a lot of black men and boys are often “mistaken” for having a gun, even if it is just a cellphone, and then killed brutally by the police. The boys also have their eyes closed and down which shows how they know that this is something that happens to a lot of black families. The mother, though, has her eyes open and is crying, which signifies the role mothers often play in these situations, where they have to witness and grieve for their children. A dark sky behind them expresses the fear and danger in the night, when a lot of crimes and police confrontations can happen. In bold, the caption, “WHO HAS THE WEAPON?” and the red and blue emphasis on “WEAPON?” indicates that the only one in this scene capable of a crime or homicide was the police, because they were the ones with the guns and they were the ones using them. The theme of struggle is presented in my Panel 61 through the representation of police brutality against black people, which is a frequently occurring issue today for black communities across America.