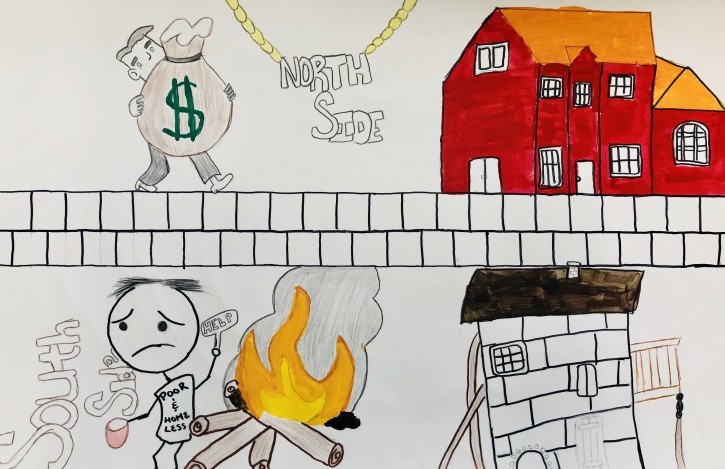 Your #Panel61 by Daquan Burney

In my painting I painted the difference between the North and South. In the middle I painted some train tracks and on one side was the South and the other side was the North. People in the South used trains to migrate to the North. On the South side the poor man asking for change represents how poor they were with little to no work. The house represents how beat down and little they were compared to the South. On the South side, the chain represents wealth. You can see the man running towards his big house with a big bag of money. The Great Migration had a lasting effect on Americans today in many different ways. Despite more opportunities for more wealth, blacks are still discriminated against to this day in many different ways including work, schools, different states and cities, and even public transportation. They may face outright discrimination or low paying jobs. Still, the Migration was the first step in the possibility toward having a better life.