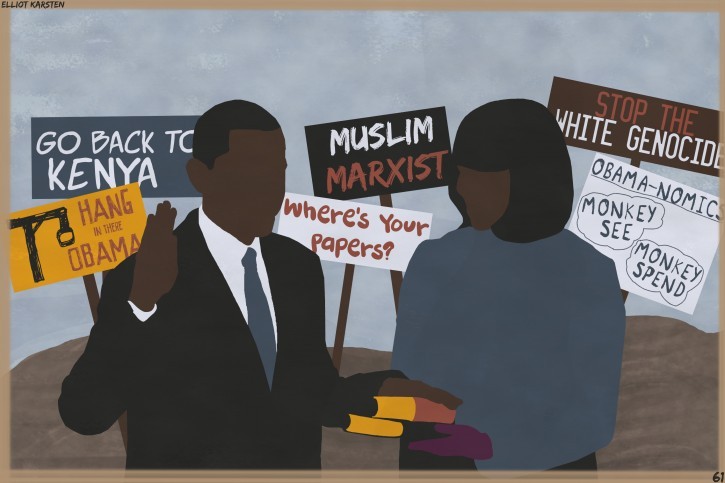 Your #Panel61 by Elliot Karsten

My 61st panel of the Great Migration series depicts Barack Obama’s inauguration, as it shows the continuation of African American migration; this image, however, illustrates migration into the White House, as opposed to Harlem, which Lawrence’s series centers on. I used Photoshop to create this and downloaded one of the original paintings so that use the exact same color scheme that Lawrence used. The foreground is based off the photograph of Obama taking oath. In the middleground, I recreated signs that were used in protests after he was elected into office to represent the resistance to a black man becoming president, as none of the signs are related to policy.