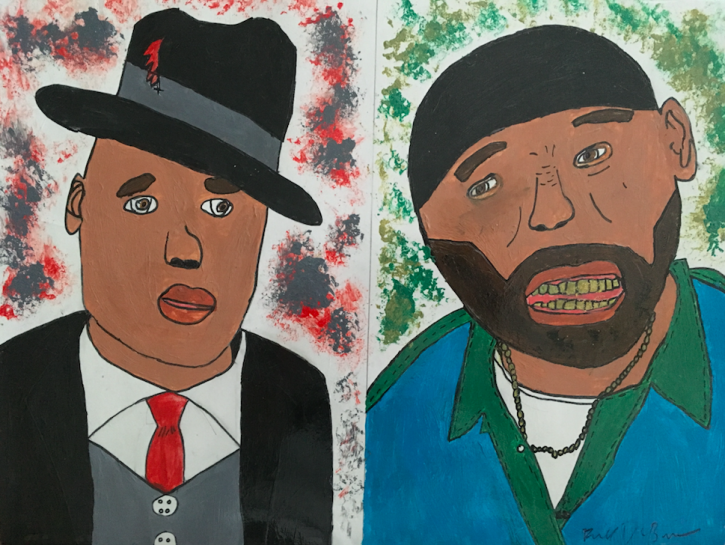 Your #Panel61 by Frederick Bradford

The Great Migration created a lasting effect on Americans by assisting in the creation of the stereotypical black man. After blacks migrated West and North, they were exposed to a new type of life that they never experienced. In the South, they were still living using the knowledge that they learned while being enslaved. After migrating, they were able to create their own boundaries and morals over their life. My PANEL61 represents the ‘original’ image of the black man - classy, clean shaved, just overall very proper and clean. On the contrary, the other side depicts a black man who is not so classy - he is wearing a skully on his head rather than a hat, he has a full grown beard rather than being clean shaven, and he also has gold teeth and a chain around his neck. This second image portrays the stereotypical black that America has, unfortunately, created in the modern day.