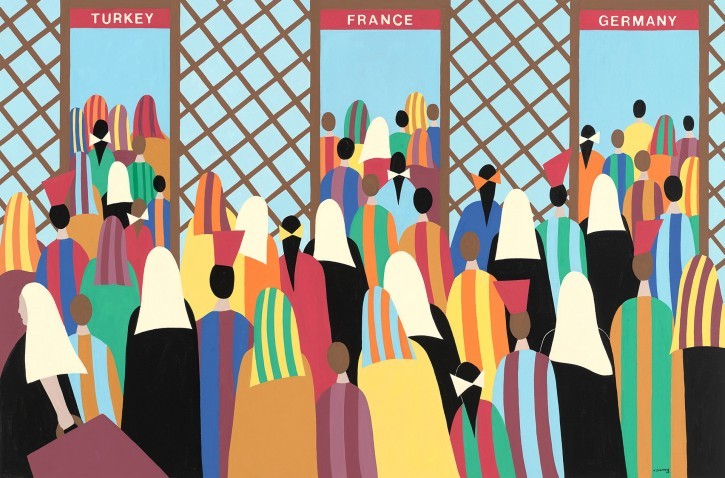 Your #Panel61 by Helen Zughaib

For the past five years, I have been focusing my work on the “Arab Spring” or “Arab Uprisings/Revolutions.” In 2010, I had my first trip back to the Middle East since having been evacuated from Beirut, Lebanon, in late 1975. I went to Lebanon, Syria, and Jordan. I saw where my father was born in Damascus, Syria. / As the months have dragged on, initial hope has turned into war and mass migrations that have resulted from the war in Syria. / Focusing on women and children, the most vulnerable of victims, I also address the current anti-immigration sentiment that seems ever- growing globally. The calls to build a wall to keep them out, or to keep them imprisoned in refugee camps. I focus on the bias and negative stereotyping that this wave of refugees, mostly from Syria, seeking safety, has brought to much of the Western European countries and America. / I try to bring attention to the plight of children fleeing their war-torn countries, trying to find safe haven, while remaining hopeful that one day things will change, or just to make sure people do not forget the sacrifices that so many people have made and continue to make.