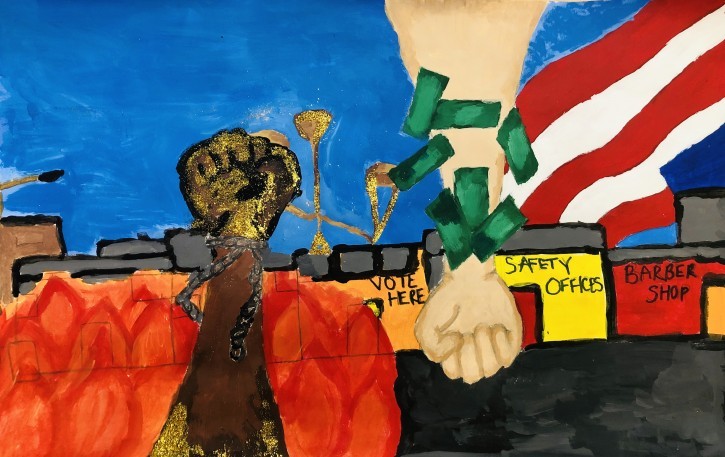 Your #Panel61 by Jelmi Hall

My panel is about the progression of the Migration and its effects. I chose to do the point of view of both African Americans and Caucasians. For the Caucasian side of my poster I put the American flag, a fist in the air, and a scale of justice. I put the American flag to represent that this is their country. I used the justice scale to represent that during the Migration, the caucasian race was higher and the scale was always imbalanced. I put the fist in the air to show how they thought they were fighting for their country by controlling African Americans. On the African American side, I put the houses burning because they went through a lot during Migration and got their business trashed for being successful. If the painting is turned, the African American fist is in the air with the chains to show that we were fighting for our lives while we were being controlled.I put the gold on the fist to show the breakthrough and success of the African American race. On the other side of the fist, I put the businesses they have that are still standing to show the evolution and progress today.